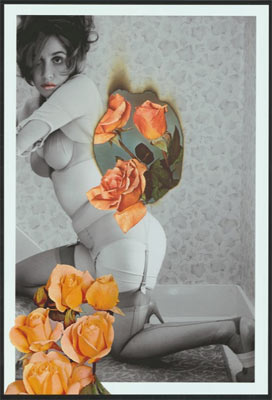 PERFORMANCE: LINDER: The Darktown Cakewalk: Celebrated From The House of Fame
VENUE: Chisenhale Gallery, 64 Chisenhale Road,
DATE: 10 July, 2010
TIMES: 10.00 am – 23.00 pm
Chisenhale Gallery presents The Darktown Cakewalk: Celebrated from the House of FAME, a thirteen-hour performance event by artist and musician Linder in collaboration with musician Stuart McCallum (of The Cinematic Orchestra), fashion designer Richard Nicholl (also Creative Director, Cerruti) and dancers and musicians from varied traditions and disciplines.
The Darktown Cakewalk is an epic invocation of glamour and fantastical pageantry. Witch trials and beauty queens, ragtime and Euro Pop merge to enfold the viewer in a secret history of prejudice and dissent. The thirteen-hour performance will begin at 10am and be divided into two six-hour sections (‘masque’ and ‘anti-masque’) with a thirteenth hour, traditionally the witching hour, between 10pm and 11pm. The audience will intermingle with the performers and will be able to come and go over the 13 hours as they wish.
Over the last three decades Linder has consistently questioned roles of gender identity and commodification in society. Part of the late 1970s and early 1980s Manchester punk and post punk scenes, she has been described as a ‘post punk feminist crusader’, and as a ‘corrective’ to punk which – even in its anti-establishment, popularist posturing – still spoke primarily to (and from the perspective of) young men. Best known for her photomontages, such as her artwork on the cover of the 1977 Buzzcocks single, ‘Orgasm Addict’ (now in the collection of Tate Modern), the narrative, structure and casting of this performance are based on a range of collaged material and ideas. The Darktown Cakewalk is a development of recent performances at Tate St. Ives and The Arches / Glasgow International Festival of Visual Art 2010.
Entrance to the performance is £5 for a day-pass and tickets will be available on the door throughout the duration of the event. For more information please contact the gallery on +44 (0)20 8981 4518 or [email protected]
The Darktown Cakewalk: Celebrated from the House of FAME is presented as part of Chisenhale Gallery’s Interim programme – a series of event-based projects which takes place in between exhibitions and is hosted within or commissioned for Chisenhale Gallery’s unique gallery space.
www.chisenhale.org.uk