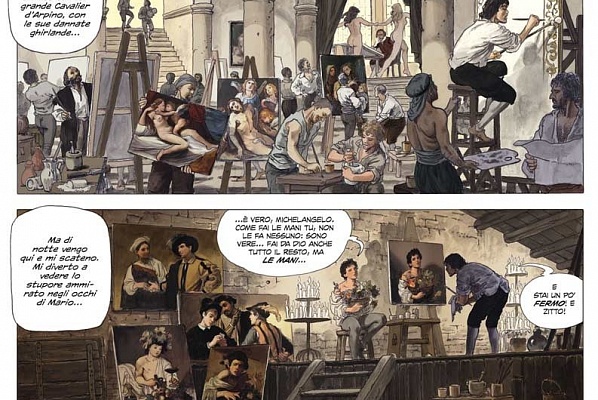 It seems you haven’t really made it as an artist until there’s a comic book about you. Caravaggio is the latest to have joined the ranks of artists, including Egon Schiele, Hokusai and Frieda Kahlo, immortalised in the so-called ninth art with a new comic book by Milo Manara, published by the French house Glénat. Caravaggio, La Palette et l’épee (Caravaggio: the palette and the sword), the first volume in a planned two-part series, recounts the painter’s tumultuous Roman years and was created “around the Death of the Virgin, the last work painted in Rome,” Manara told the Swiss daily newspaper 24 Heures. Episodes include the fatal brawl that forced Caravaggio to flee the city, a wanted man in connection with the murder of Ranuccio Tomassoni. Meanwhile, Panini Comics are publishing a version in Italian.