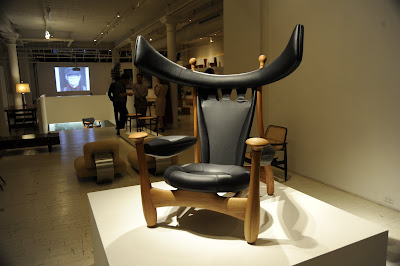 Espasso, a gallery in Manhattan’s Tribeca neighborhood that specializes in modernist Brazilian design, was the scene of a party on September 15th, held to celebrate the arrival of newly re-issued pieces by Sergio Rodrigues, at 87, the grand old man of modern Brazilian furniture. Though the event drew a huge cohort of the South American design community—including designers Carlos Motta, Fernando Mendes, Roberto Hirth, the couturier Carlos Miele, and the Uruguay-born architect Rafael Viñoly and his wife, Diana—the vibe was more bossa nova than samba. Carlos Junqueira, Espasso’s owner, has devised a tranquil and elegant white envelope of a gallery, more conducive to conversation than dancing. (The dramatic—if slightly vertigo inducing—central stairwell that leads to Espasso’s lower floor also discourages one’s inner Girl or Boy from Ipanema.) Designed by architect Matthew Bremer, the space, Junqueira says, showcases Brazilian designs—which are by turn voluptuous and sculptural—in an “American” atmosphere. (Richard Meier fans will understand.)

But before we get too deeply into design, let’s talk about drinks. The libation of the evening was, of course, cachaça—Brazil’s answer to tequila. Even though it is made from fermented sugarcane, on its own cachaça tastes like some sort of industrial solvent, which is why we know it best as the main ingredient, muddled with loads of lime and sugar, in the caipirinha cocktail. Those of us who don’t like our spirits terribly sweet were introduced to a new cachaça induction method: knock back a chilled shot of the liquor, then bite into a wedge of orange dipped in cinnamon-sugar. Enjoy responsibly, as they say. 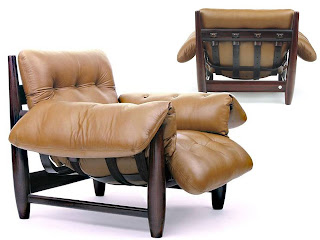 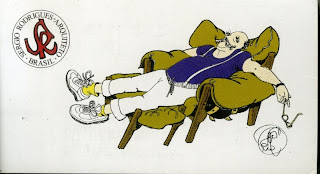 You’d think that poor Rodrigues would have needed a couple drinks to soothe a hand cramp caused by droves of fans who lined up to have him sign copies of the Adélia Borges monograph “Sergio Rodrigues,” but the designer was clearly in his element. Sociability, humor, and playfulness have always informed his work. Even his business card demonstrates that he is a man who loves fun: it features a self-drawn cartoon of Rodrigues snoozing in his best-known design, the 1957 “Poltrona Mole,” or “Floppy Chair” and ottoman. The piece is kind of a lazy throne. A wooden frame and webbing support thick leather pads that flap over the armrests and chair back. “I am my own client,” Rodrigues says. “I can follow my heart.”

Not all Rodrigues designs are as sybaritic as the Mole chair. But the hallmark of his career as an architect and designer has been the deep consideration he has shown for the well-being and good spirits of the people who would live in, or with, his designs. Rodrigues graduated from architecture school in 1952, just as modernists such as Lucio Costa and Oscar Niemeyer were coming to the fore in Brazil. What led Rodrigues to furniture design, he says, was the realization that “everyone was paying attention to the outside of buildings, but not to what went on inside.” 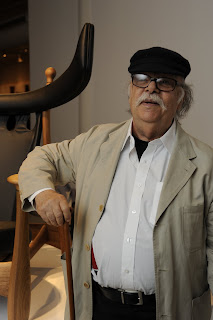 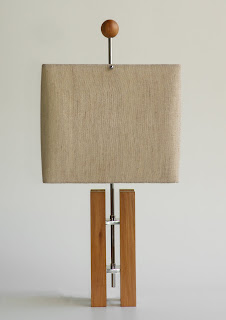 Four lamps by Rodrigues were on display at Espasso, three of which were designed in the mid-‘60s. The crowd favorite was the newest piece, a cute table lamp designed in 2004 called the Xibô. the lighting post, topped by a conical shade, is set off center in a block of peroba de campo wood, through which Rodrigues cut a round hole. But the showstopper was the designer’s Chifruda (or “Horned”) Chair. First presented in 1962 but never produced in bulk—only two were originally produced and Espasso will offer the piece in a limited edition—the Chifruda is mammoth in scale. It is composed of an imbuia wood frame, a deeply padded black leather seat and armrests, a sling back, and an enormous arced headrest (hence the name). The chair would be the aesthetic centerpiece of any décor, but that is of secondary interest to Rodrigues. “I want to make a chair attractive, but most of all I want it to be comfortable,” he says. “I want a human being to be happy sitting in it—and for a long time. Brazilians love to talk. We enjoy nothing for than sitting around for hours joking and making conversation.”

Three hours into the Espasso party (which began at the typically late Brazilian hour of 9 p.m.), Rodrigues was still chatting away, and posing for pictures. He seemed very content. “My designs are my children,” he says. “So I’m always pleased and excited when they are celebrated.”