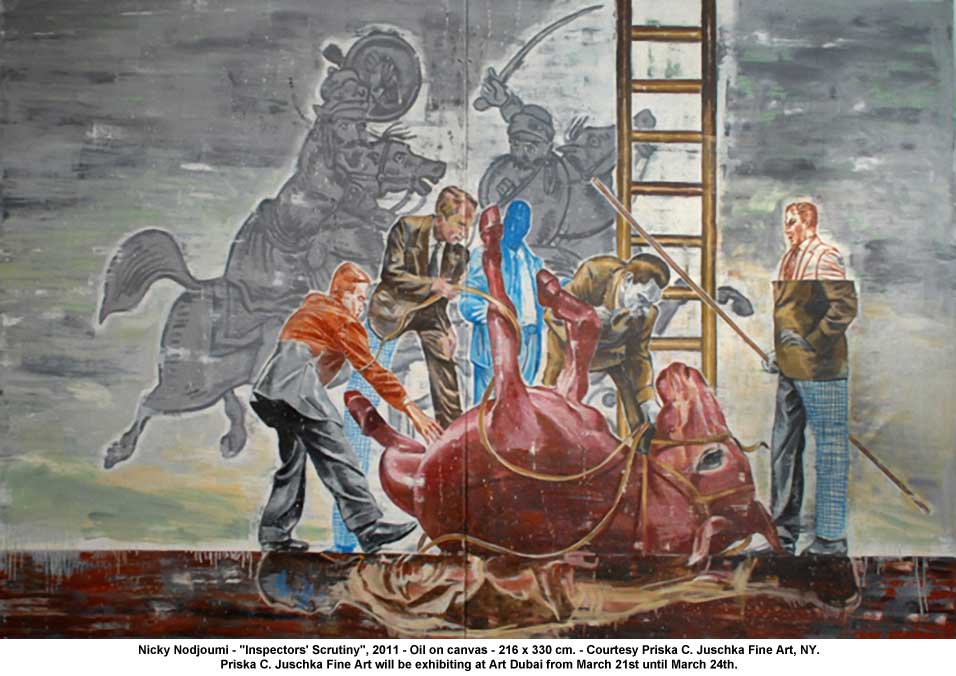 Dubai.- Over the last five years, Art Dubai, the leading international art fair in the MENASA (Middle East/North Africa/South Asia), has become a cornerstone of the region’s booming contemporary art community. In 2011, Art Dubai welcomed 20,000 visitors – including 60 international museums groups – and hosted over 70 galleries from 30 countries. The sixth edition of Art Dubai takes place from March 21st through March 24th, at Madinat Jumeirah, and features 75 galleries from 31 countries, in addition to a new programme of artists’ and curators’ residencies, commissioned projects, performative tours, workshops, the unveiling of the works by Abraaj Capital Art Prize winners and the critically acclaimed Global Art Forum.

The Global Art Forum was launched by Art Dubai at its inaugural fair in 2007. Bringing together art world protagonists for a week of conversation, the Forum has become the region’s leading platform for contemporary art discourse, with a particular emphasis on issues prevalent in the Middle East and Asia. In 2012 the Global Art Forum expands to six days and features commissioned projects and research, as well as live debates and presentations. Now in its sixth year, the Global Art Forum is directed by writer Shumon Basar and is characterized by a particularly innovative and dynamic approach. Entitled ‘The Medium of Media’, the Forum is re-inventing itself this year. Along with the familiar array of lectures, conversations, discussions, and workshops, it includes a new roster of commissioned projects that precede and succeed the live days. Thematically, the Global Art Forum_6 looks at the double meaning of the term ‘media’, both within the art world and referring to the world of publishing and reportage. Underpinning this is a look back at the past year in the Arab world, and how fundamental events have been both produced and consumed as media. The Forum is, effectively, a media production about media.

Art Dubai Projects is a programme of new works and performances that explores the fabric and economy of an art fair, embracing the theatrical nature of such an event. In 2012, this critically-acclaimed, interactive programme at Art Dubai (March 21-24, 2012) features dynamic new initiatives: artists’ residencies and site-specific projects are joined by live, city-wide radio transmissions; a new Performance Night staged at the fair; plus a unique artist’s project for children.  Artists commissioned to produce new site-specific and performative works for Art Dubai Projects include Fayçal Baghriche, Yto Barrada, Carlos Celdran, James Clar, Koken Ergun, Setu Legi, Magdi Mostafa, UBIK and Deniz Üster. In partnership with The Pavilion Downtown Dubai, The Curatorial Delegation — a collective consisting of writer and curator Juan A. Gaitán and Rabat’s L’Appartement 22 founder Abdellah Karroum — presents Radio for Example (R22-Dubai), a live transmission of mobile conversations with leading artistic practitioners, recorded on the move, around Dubai. These interviews will be streamed on Radio Apartment 22 and presented at Art Dubai and The Pavilion. In keeping with the spirit of collaboration, Art Dubai hosts its inaugural Performance Night on March 22, in partnership with not-for-profit artspace Traffic. This special event features artists, poets, musicians, academics, curators, and collectors — most of whom are based in the UAE — including Hala Al Ali, Isak Berbic, Jennifer & Kevin McCoy, Anahita Razmi, Lantian Xie and WolfPakistan, a self-styled “native-born Emirati Indian Slash Mexican dance rap group”. Visit the fair’s website at … http://artdubai.ae