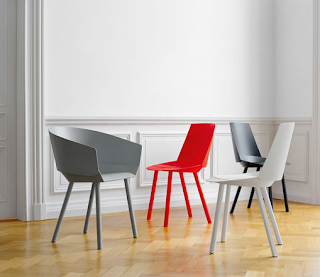 At times, true innovation is most evident in design that makes a brave foray outside the confines of sanctioned good taste. As the International Contemporary Furniture Fair showcased sophisticated global design at the Jacob Javits Center, KIOSK, the Soho sponsor of revolving, internationally-inspired design, took a contrarian stance. Saturday evening, KIOSK and design company AREAWARE (the two share Spring Street digs), played host to an event celebrating the fair, and KIOSK’s recent love affair with eccentric American design from the South, to a crowd presumably fresh from the on-site fair. Scrunched shoulder to shoulder under a hot pink sign advertising a “depressingly awesome reference library,” design admirers took in the high kitsch of KIOSK’s geographically-themed acquisitions, which toast Americana at its most artificial. The shop’s current series, “American Installment #2,” explores American design as a fruit cocktail-hued spectrum-including pink flamingos and a fetching chum bag-sourced from Florida.

In diametric opposition to KIOSK’s Champale camp, Sunday evening celebrated the sleek charms and subtle humor of architecture and design magazine PIN-UP‘s 6th issue. The event’s location served double-duty, offering a preview of concept shop No. 8b, and exalting design-smith Stefan Diez’s newest creation for e15: an Eames-by-way-of-origami chair called the CH04 HOUDINI. At a time when most retail is contracting, Project no. 8 is expanding, opening their men’s store at 38 Orchard Street. The ramshackle slate blue scaffolding that currently cocoons No. 8b is a clever dodge-housed within is a glass structure which deftly mirrors the store’s refined take on modern, Minimalist-tinged design and men’s fashion. Here, PIN-UP‘s Editor and Creative Director, Felix Burrichter, gives his thoughts on the magazine, the shop and thinking writ large.

Read the full article at Interview.com

A Superb Selection of Important Antiques to Be Presented at the...