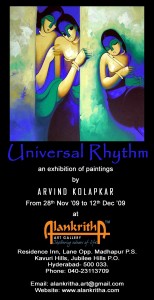 an exhibition of paintings

Life exists for the love of music or beautiful things.

The female and the feminine is something which attracted writers and poets, sculptors and painters from time immemorial. It is natural that in the male-dominated world the feminine forms have been romantised to a large extent. For a man a female form is a thing of beauty on the one side and an object of lust on the other side. A woman plays a greater role in the ups and downs of man’s life – she can create him and destroy him too. Yet, both cannot live without each other. Here the artist is a man and his inspiration is the woman. He moves a step further depicting her intricate relationship with another woman or ‘man’.

Arvind Kolapkar is an artist from Pune, the cultural capital of Maharashtra where music is one of the most important pastimes. He is one who is greatly inspired by music, particularly classical and folk music which has played a predominant role in the works he is exhibiting at the Alankritha Art Gallery.

Colours and melody are seamlessly fused in his paintings which convey a kaleidoscope of emotions too. The female form, the central element of his art, is enchanting and even evoking a mysterious enigma. More so accentuated by the covering of the eyes with a ‘band’. As the figures seem to occupy their own place in the canvas, an ‘unworldly’ aura permeates through them and pervades the canvas.

The figures seem to glide through, float and rest in sublime fashion. These stylised, lyrically drawn shapes give the impression of images from fresco paintings. The artist has painted them in arresting colours and endowed more or less each one with a musical instrument, be it the flute or the tanpura. A rhythm of sorts is thereby created which flows through the canvas. The intertwined bodies hint at the emotion of love but its treatment in a ‘spiritual’ way uplifts the work from the mundane.

For Kolapkar, painting is an ongoing process of creative activity where emotion and music plays a greater role in the end product. 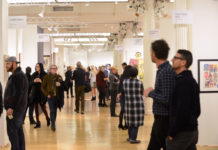 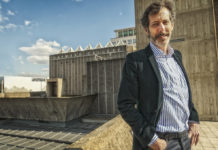 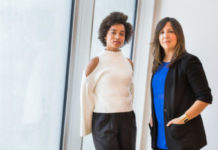