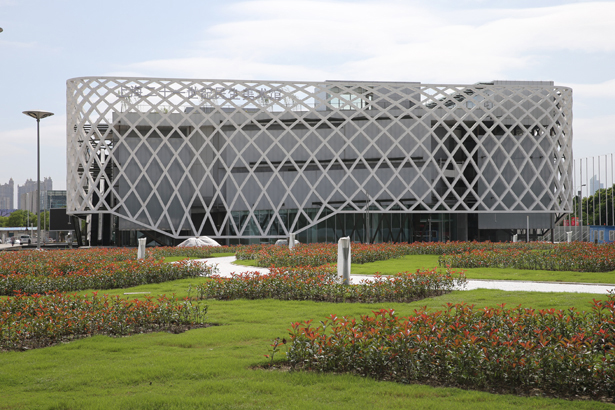 These new annual International Awards for Art Criticism are open to candidates from anywhere in the world, writing in Chinese or English about any contemporary art exhibition held between 1 January and 30 September 2014. The first prize consists of a cash award of 50,000 RMB (6,000 Euros) and
a fully funded two-week residency in Shanghai or London, in spring 2015. The two second prizes—one each, for an essay in Chinese and in English—will consist of a fully funded travel bursary for a two-week residency in Shanghai or London around the same time.

The awards aim to support independent critical coverage of contemporary art, away from the immediate pressures of the market, media and private patronage. They seek to stimulate good writing, critical thinking, dialogue and research in China, the UK and wider afield. There is no age limit, and the awards are open to all. The objectivity of the selection process is underpinned both by the recognised professionalism of the Chinese and English-speaking jury members and by the strict anonymity of the judging process.

The awards will be hosted by an International Board, adjudicated by an international jury and organised by the Shanghai 21st Century Minsheng Art Museum (opening in November 2014). The awards will be held in partnership with the Royal College of Art, London, the world’s most influential postgraduate institution of art and design, and in association with the UK Section of the International Association of Art Critics (AICA). The principal sponsors are the Minsheng Banking Corporation Ltd.

How to apply
Submissions should be no longer than 2,000 words or 1,500 Chinese characters in length and may be accompanied by a maximum of three images that are cleared for publication. Entries must be submitted as a single PDF file no greater than 4MB—i.e an ‘optimised’ PDF. The entire email should not be more than 5MB. Copyright of all texts must be assigned to the IAAC, regardless of whether or not they have been previously published. All entries will initially be sorted and shortlisted by the organisers and academic partners in China and the UK, then translated into Chinese (for English-language submissions) or English (for Chinese-language submissions).

The final adjudication will be in English, at a meeting of the combined panel of Chinese and English-speaking experts on 22 November in Shanghai, and announced to the media immediately afterwards. Up to 30 entries from the final shortlist, including the award-winning entries, will be published in the original languages and in translation, both in hard copy and online. Award winners will be invited to take part in a public presentation, discussion and evaluation of the event in Shanghai, in spring 2015, when the terms of the 2015 awards will also be announced.

The 2014 Awards will be launched in August and presented to the public and the press at a ceremony timed to coincide with the opening of the new Minsheng 21st Century Museum in Shanghai, on 23 November.

Sotheby’s Institute of Art: a summer of art in London and...