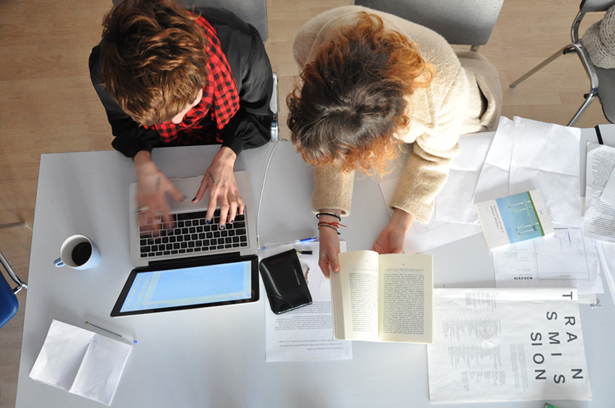 Founded in 1987, the École du Magasin is the first curatorial training program in Europe. It was set up to provide a professional environment for a rigorous combination of research and practice. Since its inception, emphasis has been placed on the exhibition as an open platform in which different fields or strategies of representation can be drawn upon. The program has two objectives: Firstly, to complete the academic training of the participants by presenting them with theoretical and practical knowledge, and by introducing them to other cultures. Secondly, lead the participants into the professional world through direct contact with its actors.

Each session is formed by five to ten international participants who conceive and produce a collective curatorial project developed with the perspective of fulfilling its realization in a professional art venue, taking into consideration the mastering of the exhibition process and its artistic tools – both technical and conceptual. It lasts nine months, from October to June, and is divided into two stages: from the establishment of a framework and a collective working method, to the production of the final curatorial project. Both stages require their specific form of advisory and pedagogical frameworks that the École manages in relation to the project advisor, guest lecturers and field visits.

Working in a collective environment is an essential and specific dimension of the training offered by the École. Participants are invited to establish a framework of shared interests and a collective working method. This allows them to affirm a unique identity and to define specific issues that are raised during the program as a whole. Participants are encouraged to emancipate themselves from the reassuring norms in which they were taught, to experiment on a daily basis with their personal resources and to form a working team.

The École du Magasin is an independent training program. Course completion does not grant university credit or a diploma.

Participants are not required to pay tuition fees, but must assure their own living expenses.

Application requirements
The program is open to candidates who have obtained the equivalent of a master’s degree or who attest to relevant professional experience. Admission to the École du Magasin is approved in two stages:

1. A pre-selection based on an application, which includes
– a current resume
– a cover letter
– copies of diplomas and/or proofs of employment
– 3 letters of recommendation (from teachers or professionals)
– a project proposal of no more than five A4 pages, which includes a curatorial statement, a presentation of the venue as well as the participating artists, and a realistic budget (please note that the proposal is for admission purposes only and is not intended for consideration during the session).

2. An interview with a jury in Grenoble. Pre-selected candidates will be informed by letter of the date of the interview (scheduled in June). Interviews via Internet can be arranged on a case-by-case basis.

Applications, along with a fee of 65 euros, must be sent no later than 30 April 2013 to:
École du Magasin
Site Bouchayer-Viallet
155 cours Berriat
38000 Grenoble, France