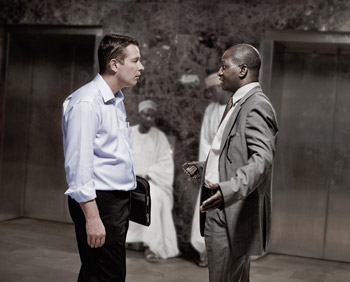 Festival Images is launching another round of its project competitions!
Artists, film-makers and photographers have until April 15th 2011 to enter the 8th Vevey International Photo Award and the 6th European First Film Award.

These competitions represent a unique form of support for contemporary original works, with a free choice of subject matter and genre.
The purpose of these competitions consists in providing crucial assistance for projects that have not been realised, in the form of various grants that amount to up to CHF 40,000 (around EUR 30,000), in order to bring a photography or film initiative to completion.

In May 2011, the various juries will choose the projects that will be supported by the festival. The winning projects will be realised within the following year and previewed at the next Festival Images in September 2012.

The 8th Vevey International Photo Award is open to all artists, and professional or student photographers. An amount of CHF 40,000 (around EUR 30,000) is awarded for the development, realisation and presentation of the winning project. There is also the potential to win other prizes and receive exhibitions proposals.

The 6th European First Film Award is solely open to film-makers who are European film school graduates (2010, 2009, and 2008). The Award, which amounts to EUR 30,000 in total, is split equally between three projects to start the film production off.